It is a lovely vista with spectacular modern high rises overlooking a pristine beach. This is Tel Aviv, in Israel. Modern. Wealthy. Cosmopolitan. What if someone offered you a chance to own the entire area for free? Who wouldn’t want to live in an idyllic playground like this?

Thousands of years ago, God made such an offer to the tribe of Dan, one of the twelve tribes of the kingdom of Israel.

The seventh allotment of land went to the clans of the tribe of Dan. The land allocated as their homeland included the following towns: Zorah, Eshtaol, Ir-shemesh, Shaalabbin, Aijalon, Ithlah, Elon, Timnah, Ekron, Eltekeh, Gibbethon, Baalath, Jehud, Bene-berak, Gath-rimmon, Me-jarkon, Rakkon, and the territory across from Joppa. But the tribe of Dan had trouble taking possession of their land, so they attacked the town of Laish. They captured it, slaughtered its people, and settled there. They renamed the town Dan after their ancestor. 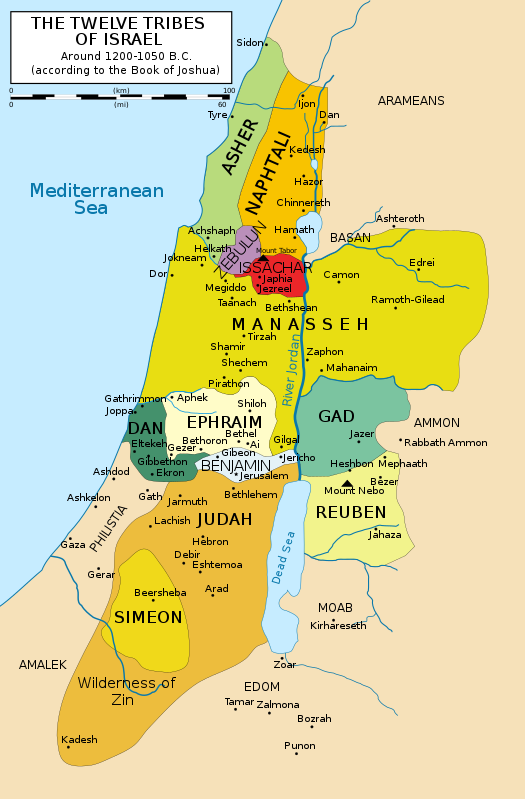 The map above shows the location of the twelve tribes of Israel. The tribe of Dan was tasked by God to take control of the land. However, they wavered in their faith and did not trust God to lead them to victory. They rejected God’s commands and instead attacked and conquered the town of Laish. It was located in the Northern Jordan river valley and renamed it Dan and eventually settled there, far away from the territory promised to them by God. Had Dan obeyed God’s commands, they would have lived in the location of modern day Tel-Aviv. God gave them one of the most pristine real estate properties in the world, and they rejected it!

When God blesses us with His promises, we should never hesitate to accept the task. Whatever obstacles we may face, we should trust God to fulfill His commands through us. Whether the blessing is a real estate location in one of the most valuable beachfront cities in the world, a new relationship, or a job, God is always faithful to us!

Love and trust in the Lord; seek His will in your life.